Fill up on unforgettable memories during this out of the ordinary adventure!

Hop on the Bella Desgagnés and discover the most eastern region of Quebec with its unparalleled landscaped from Rimouski to Blanc-Sablon, with stopovers in Harrington Harbour, the mythical Anticosti Island and many other coastal villages. This 7 night expedition on a comfortable cargo-passenger ship will charm you with its authenticity and its mission to deliver goods to the Lower North Shore communities.

Here are the different stopovers from Rimouski to Blanc-Sablon : 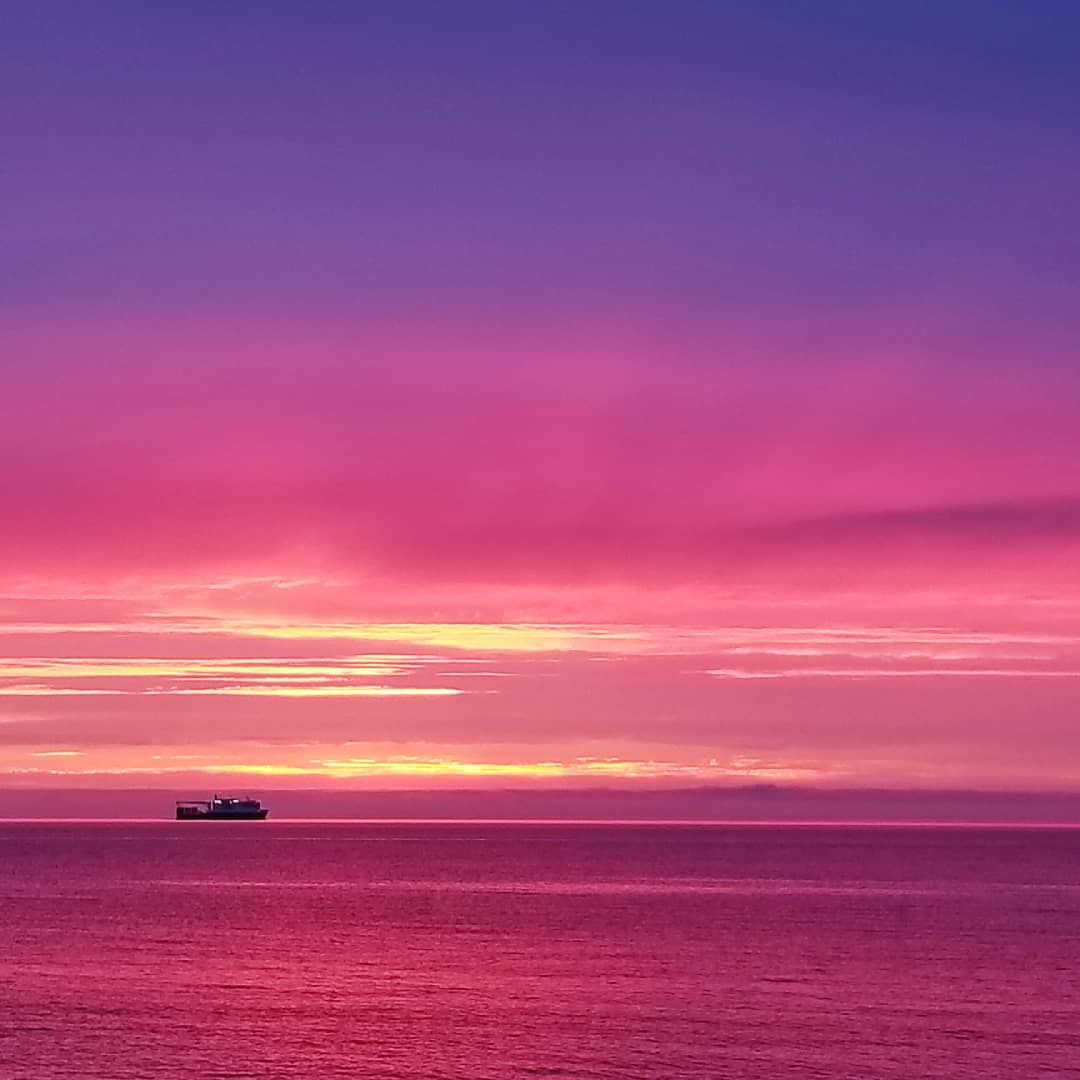 Today is the day your unforgettable adventure on the Saint-Lawrence begins! You will board the Bella Desgagnés, docked at the Rimouski wharf, at 7pm on Monday. This is the time to explore this ship specially designed to ensure your comfort and the cargo transport. We invite you to go up to deck 8 at the back of the ship to observe the sunset and the amazing skills of the crane operator. Afterwards, you will get to meet your Guest services manager during a little welcome aboard activity at the bistro.

After a good night sleep, you will wake up in Sept-Îles, this city that is truly surrounded by an archipelago of seven islands. After breakfast, you’ll have time to take a stroll along the paved boardwalk in the Vieux-Quai (Old dock) District.

In the evening, you arrive at Port-Menier, Anticosti Island. Even if it’s dark outside, you can go take a walk on the biggest island in Quebec, in the middle of the Gulf of Saint Lawrence. There’s a good chance you’ll get to meet one of the 100 000 whitetail deer that live on the island! 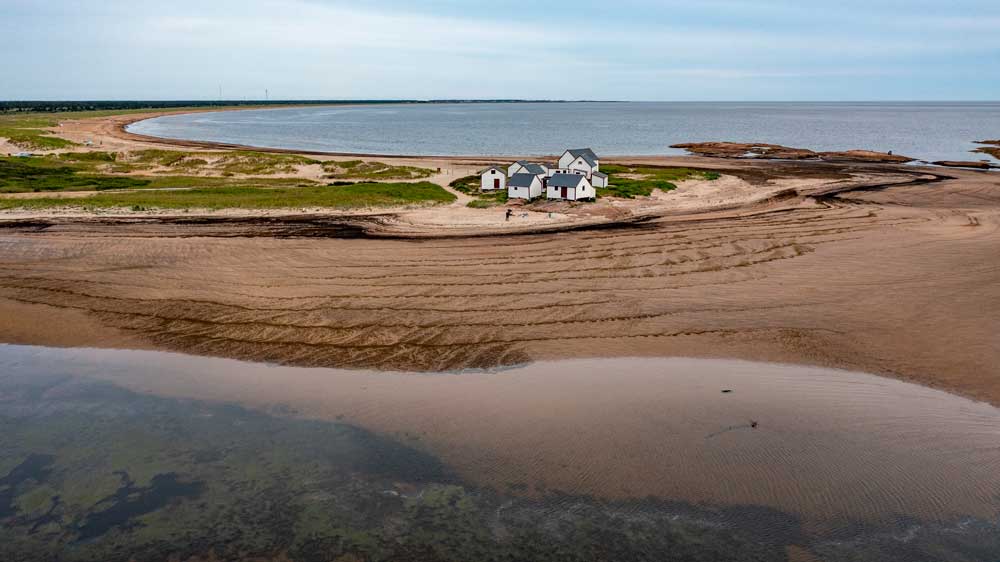 Wake up in Havre-Saint-Pierre, a French-Acadian small town, home to the Mingan Archipelago. In high season, you can book an excursion to Niapiskau island famous for its many monoliths.

In the afternoon, Gilles Vigneault’s native village awaits you: Natashquan. This town has long been considered the « Village at the end of the world”.

A few hours later, you will arrive in Kegaska, the entry village to the Lower North Shore and where Highway 138 ends.

A last stop is planned at the end of the evening in the village of La Romaine, also called Unamen Shipu; the largest innu reserve of the North Shore. 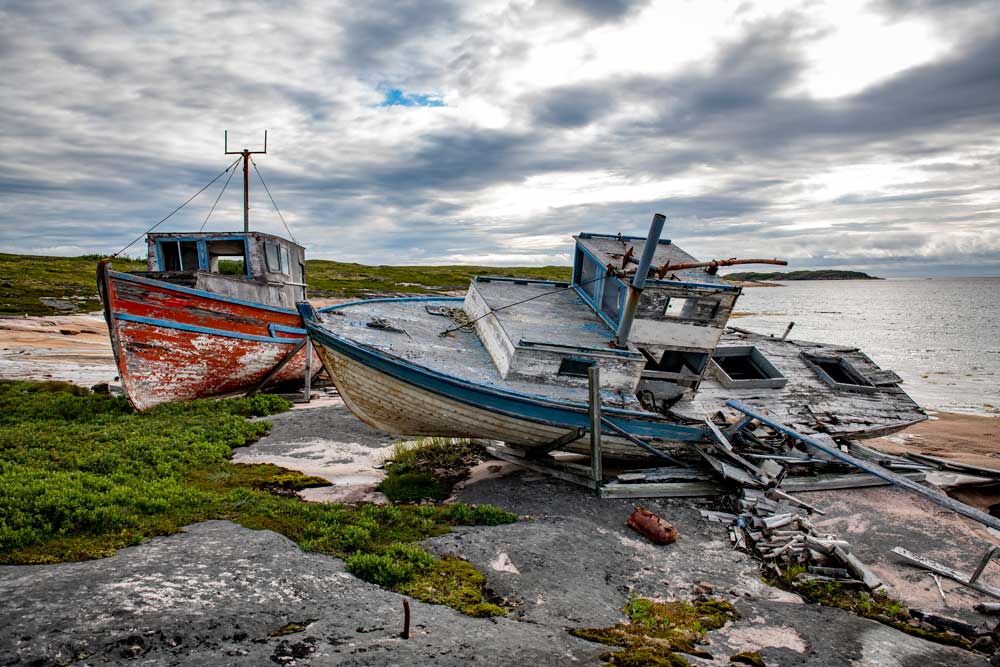 Take a stroll on the wooden boardwalks in beautiful Harrington Harbour, where they filmed the movie “Seducing Doctor Lewis”.
Afterwards, we dock in Tête-à-la-Baleine also known as Whale Head, a small francophone village with a population of about 100. Close to where the Bella Desgagnés docks, you can take a quick hike and pick some Labrador tea.

In the evening, you can enjoy the beautiful Saint-Augustine river cruise with its inlets and small islands. 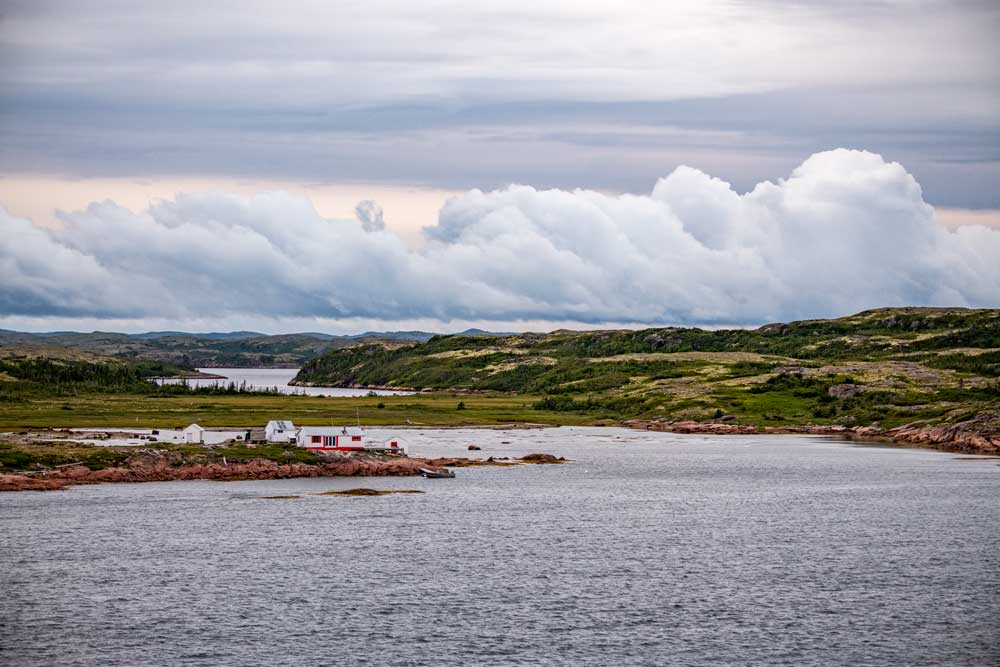 You’ve made it to the most eastern part of Québec, Blanc-Sablon! This community near the border of Labrador is a rich archeological site. And now, the Bella will start heading back towards Rimouski.

Make sure you head up to the observation deck on Deck 8 to enjoy a beautiful cruise on the Saint-Augustine river with its inlets and labyrinth of well protected fjords. One of the highlights of your week! 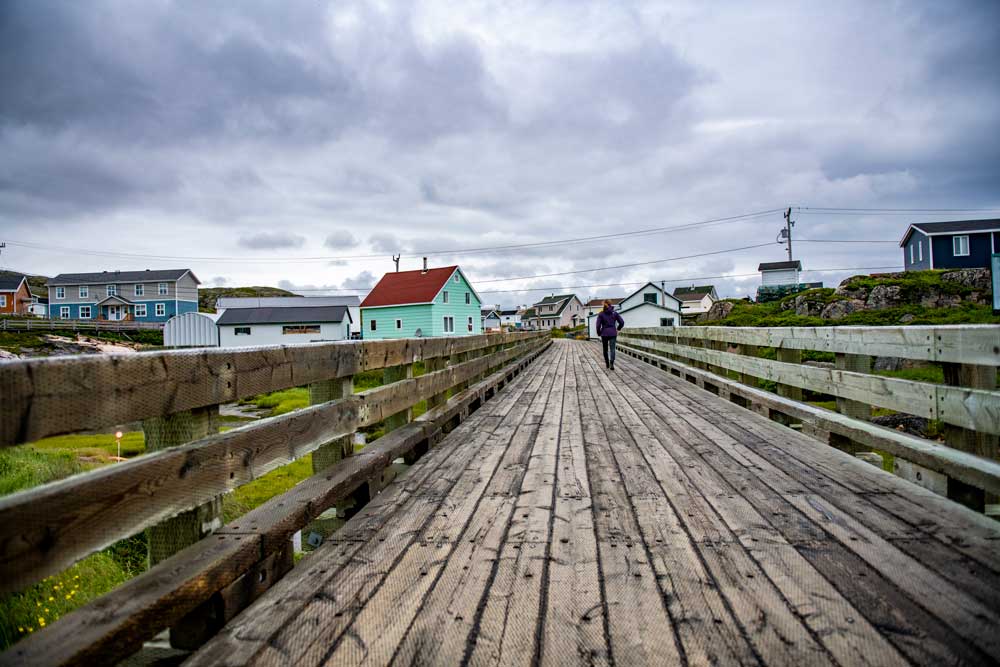 While you were sleeping, the crew was busy with the transshipment of goods in the ports of La Tabatière and Tête-à-la-Baleine.

You’ll wake up in beautiful Harrington Harbour where you should go out and discover this cute village, stop by the general store and visit the Rowsell House Interpretation Centre.

In the afternoon, a stopover in La Romaine will allow you to meet the innu community who live there.

In the evening, you can go get some fresh air in Kegaska. 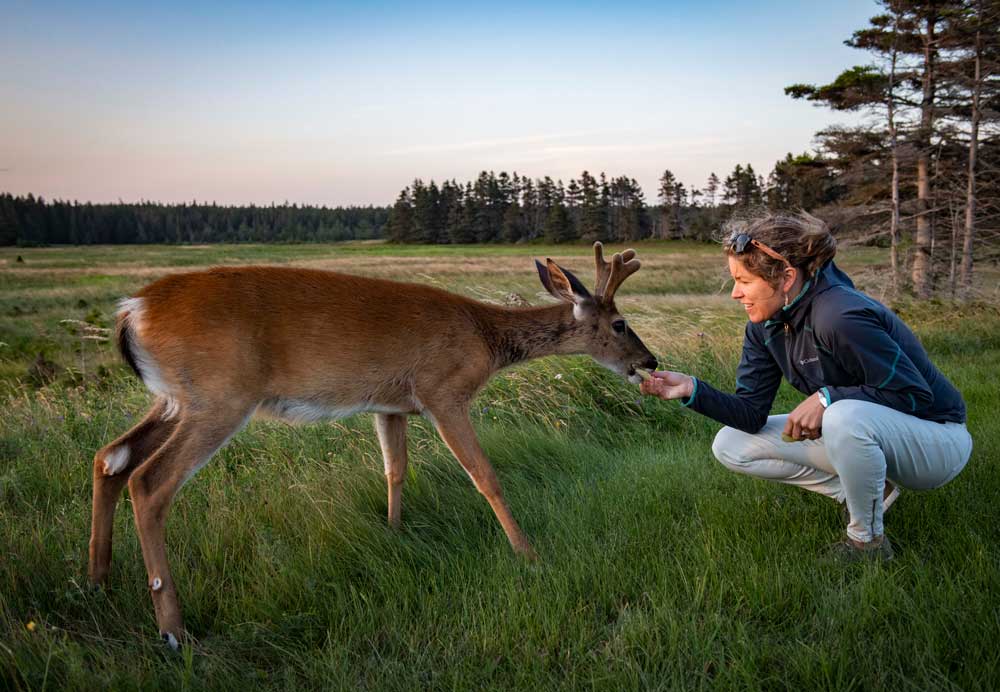 Start off your day with your feet in the sand in Havre-Saint-Pierre listening to the acadian accents of the locals you’ll meet.

In the afternoon, you’ll have the chance to discover the village of Port-Menier located on the western end of Anticosti Island. This village was named in honor of the French chocolate maker, Mr. Henri Menier, who couldn’t resist to the pristine beauty of the island.
Later in the evening, the ship will dock in Sept-Iles for one last offloading before crossing the St-Lawrence river.

Last day of this unique and unforgettable trip. Your arrival in Rimouski is scheduled for early Monday afternoon. Plan to stay in Rimouski for the night so you can visit this city with lots of tourist attractions.

If you have questions concerning the itineraries and stopovers, consult our Question and answer section or contact us during business hours.

Ready to travel with us? Complete the following form and one of our sales agents will contact you afterwards. 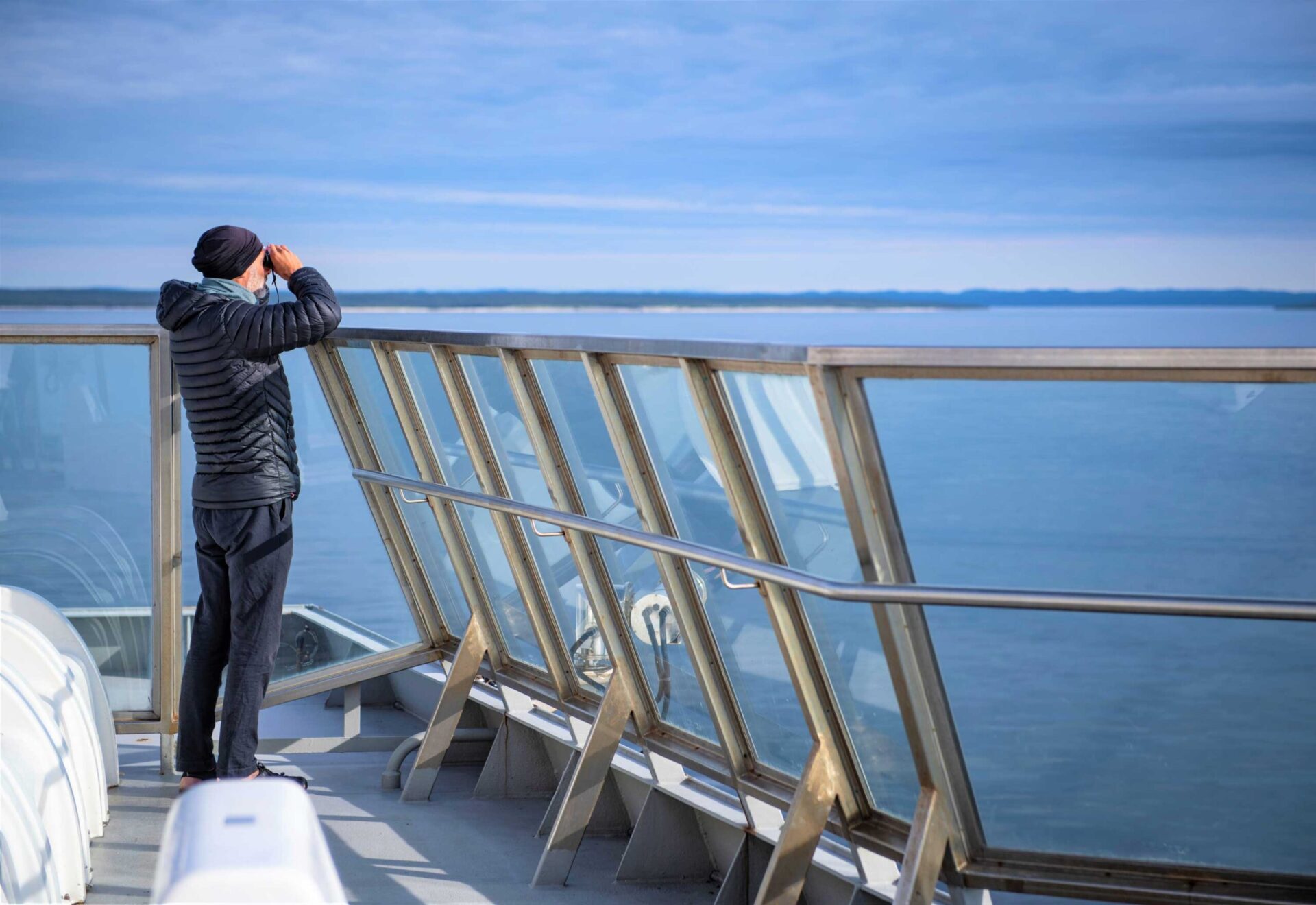